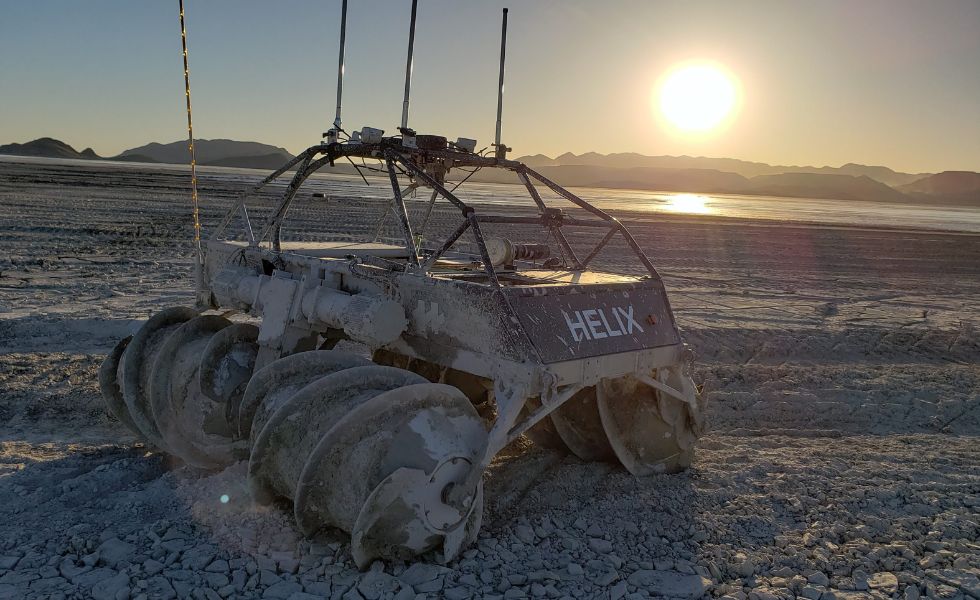 Ground penetrating radar (GPR) is a passive geophysical testing method employed to determine the shallow features or saturation of the underlying geology or ice. GPR works by detecting the conductivity within the ground, and so is useful for detecting clays, soil layers, saturation in soils, structures, underlying metal pipes, and cavities/void spaces. It is much easier to acquire than conventional acoustic or seismic methods, and does not require a separated, widely spaced signal source like many other magnetic, electromagnetic, or acoustic survey methods. As such, GPR can be towed behind any vehicle, which is a common method of acquiring GPR data. Typically when identifying geology, a low frequency antenna is used as it will travel further through the ground, this is typically anywhere between 50 and 200 MHz range. For shallow ground investigations up to 3 meters on asphalt or other earthy medium, typically frequencies between 200 MHz to 1000 Mhz are used. For very shallow depths of around 1 meter, or concrete, frequencies between 1000 to 2700 MHz are appropriate. The higher the frequency of the GPR, the shorter the effective survey range, and the higher the penetration rate in dense mediums. This means that there will be less penetration in a dense medium such as concrete or stone with a low frequency antenna. GPR is effective on freshwater ponds and ice, but ineffective on salty ponds due to the high conductivity. These considerations are important for acquiring useful data in a survey.

Copperstone Technologies’ HELIX robot can be outfitted with a number of GPR systems to conduct surveys on anything from gauging ice road thickness, to detecting voids spaces/pipelines, to detecting buried structures or saturated anomalies. Unlike other systems which are typically confined to either water or land, and inoperable in mud, the HELIX platform can navigate all three seamlessly. This means Copperstone can provide automated and continuous GPR survey data when other vehicles cannot. For Automated surveys, HELIX offers a distinct advantage of following precise survey lines thanks to its onboard GNSS-based guidance system.